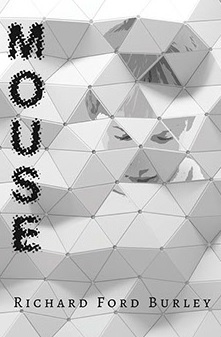 Mouse is probably everyone’s last choice in almost anything. Mouse is autistic, non-verbal, but a bright kid. After making friends in his new school with a girl named Bliss, he sees a ghost of his neighbor’s sister, learns some magic–and learns that he’s apparently destined to save the world.

Why this book?: I know the author from twitter, and they offered me a copy when it came out. Plus it just generally sounds amazing.

Where do I even start? This book packs such a huge punch, that I don’t even know what I want this review to focus on. I feel like a lot of people won’t know or recognize this book, but I’ll be making it my job so this book has more readers, because it deserves more than it’s got at the moment.

Mouse starts out a little slow, but I was never bored with how interesting the characters were. Mouse himself, who’s actual name is Simon, is a character I’ve never seen before, who is completely unique in a genre where I’m rereading the same characters over and over again. And while Mouse was a new character to me, he still felt familiar–like a close friend. I understood the world and the characters, the plot and the writing, but more importantly, I couldn’t get enough of it.

Richard is writing Mouse from an Own Voices perspective as well, so I knew that the autistic rep was coming from a trusted point of view. In addition to that, though, two of the main characters were Japanese, and while I can’t say anything about that rep, I can say that the characters were just as enjoyable as Mouse was, and that I felt like I grew up with them. Anna and Kai had one of the best sibling relationship that I have read in a while, and I honestly fell in love with them.

Bliss was the surprise character that I wasn’t really expecting to like. At first she came off as just a “there-to-be-there” character, but by the end of the book I had fallen in love with her just as much as I was with Kai and Anna and Mouse. Richard was able to craft amazing, life-like characters that I couldn’t help but fall for.

One detail that I kept running through my mind about this book is probably the most interesting. In the book, Mouse and Anna are a fan of Japanese anime. The story progresses very similarily to what you would see in an anime, and this book literally read in my mind like I was watching an anime. This book also featured everything that I love about anime, and I just couldn’t get enough. I could see pieces of different anime, and where there was influence, but instead of finding it cheap, I found it endearing.

I also have to say that this book is one of the few that play with time in a way that is easy to understand. There are paradoxes and time jumps and I thought I would be confused but it honestly made complete sense to me.

There were so many twists and shocks to this book that I was literally yelling at Richard in the middle of the night, and while he may have regrets sending it to me, I have no regrets at all. This book has A+ representation, but also has a really good story line and amazing characters. This isn’t a book to pass up.

Yes, especially if you’re a fan of manga/anime. There is so much influence of that in this book, and Richard adds a sense of that, along with just a beautiful book. It’s one of my new favorites, and I’m greatly looking forward to see what else he writes.

Mouse wouldn’t be your first choice to stop the apocalypse. He wouldn’t even be his own.

The world’s too loud for Mouse, all his dials are set to eleven, and just talking—let alone making friends—presents a very real challenge. But for reasons he can’t imagine, a purple-haired punk named Bliss has Decided They’re Friends, and things—for once—are looking up.

Then, he meets a ghost and learns some magic, while an ancient cabal of alchemists and sorcerers alternately try to kidnap and enlist him—

Because, you see, he’s their last hope for saving the world, and the proverbial clock is ticking.

Mouse wouldn’t be your first choice to stop the apocalypse. But then, sometimes life makes these choices for you.

Avery is a 21 year old book blogger, reviewer, and writer from the US Midwest. They identify as non-binary and queer. Having been a book lover for many years, they have decided to run this blog in order to spread that love.

Please use neutral pronouns, such as they/them, when referring to Avery.